Using the Tabby Jack with 1 to 3 heddle rods

The Tabby Jack is designed to be used as a heddle block for one to three heddle rods. This allow for the weaver to do up to four shaft patterns on their rigid heddle loom.  Two rods can rest in the block at a time. If your pattern calls for all three rods to be raised simply placing the rigid heddle in the down position, as this will relatively raise the three rod heddles.

Below are directions for installing the Tabby Jack and setting up your rod heddles by making individual loops of string. At the bottom of the page is a link to my, personally, preferred method of making string heddles, using a continuous length of string. 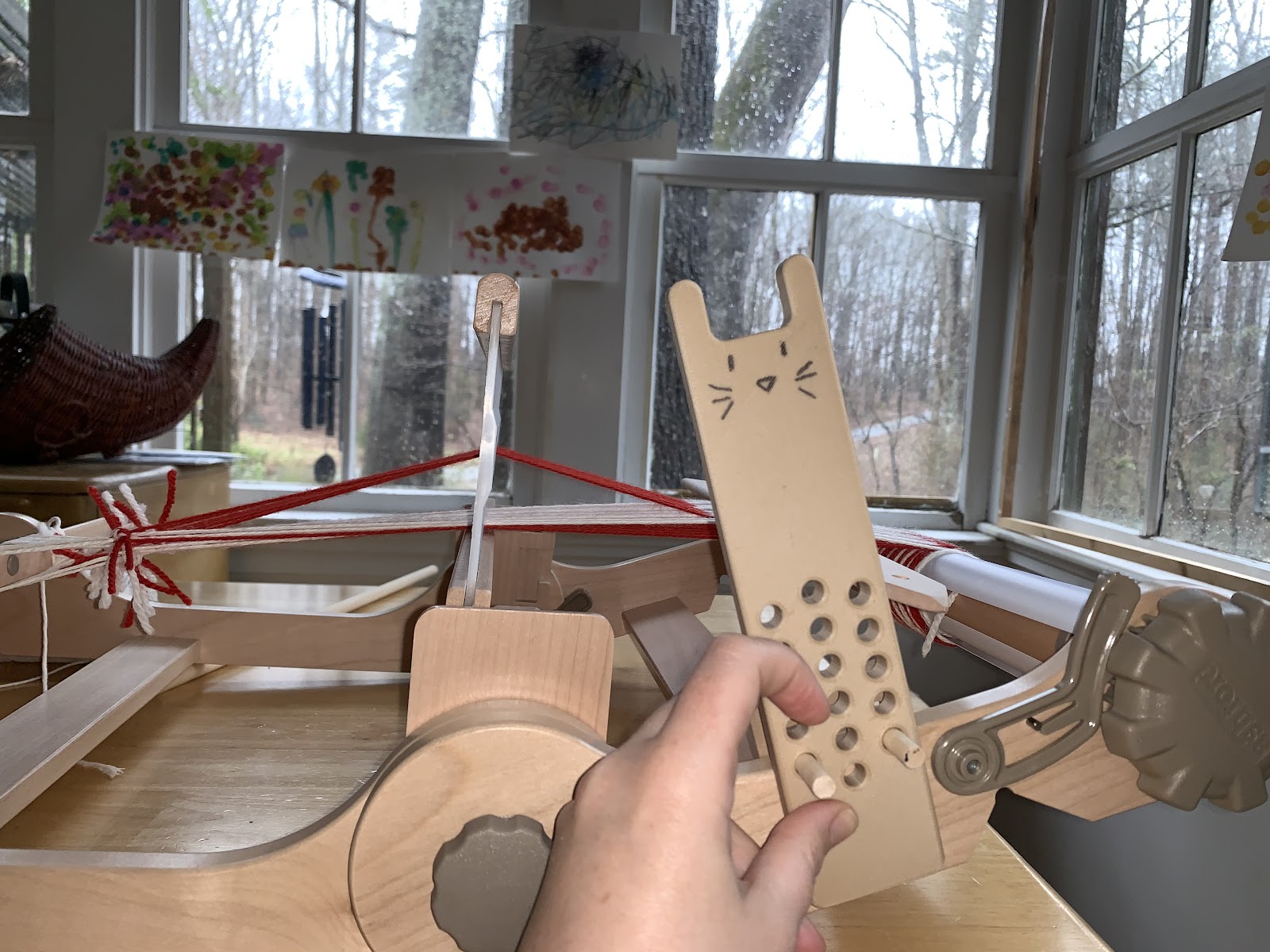 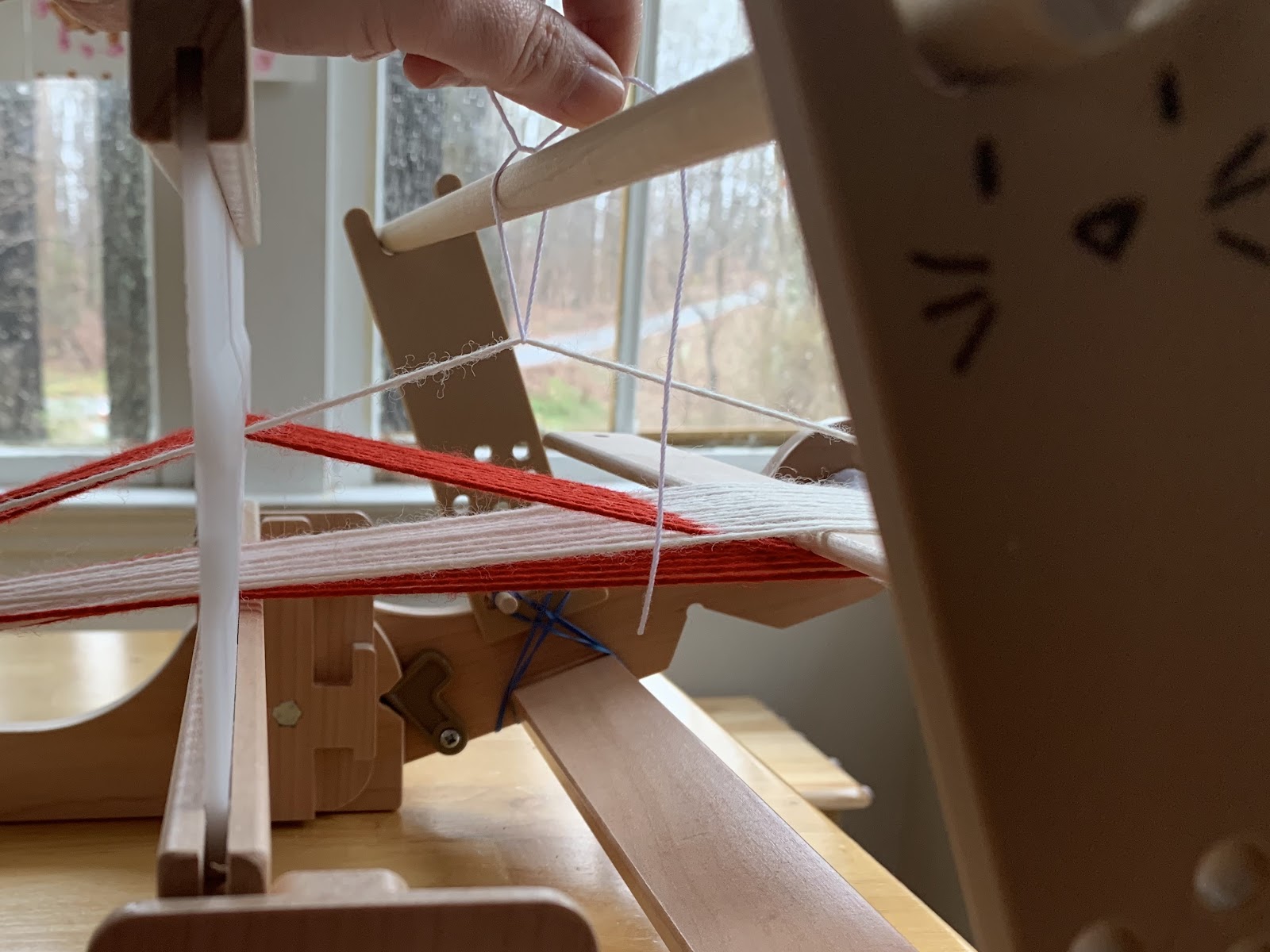 Next, wrap the thread once more around the warp thread and rod: 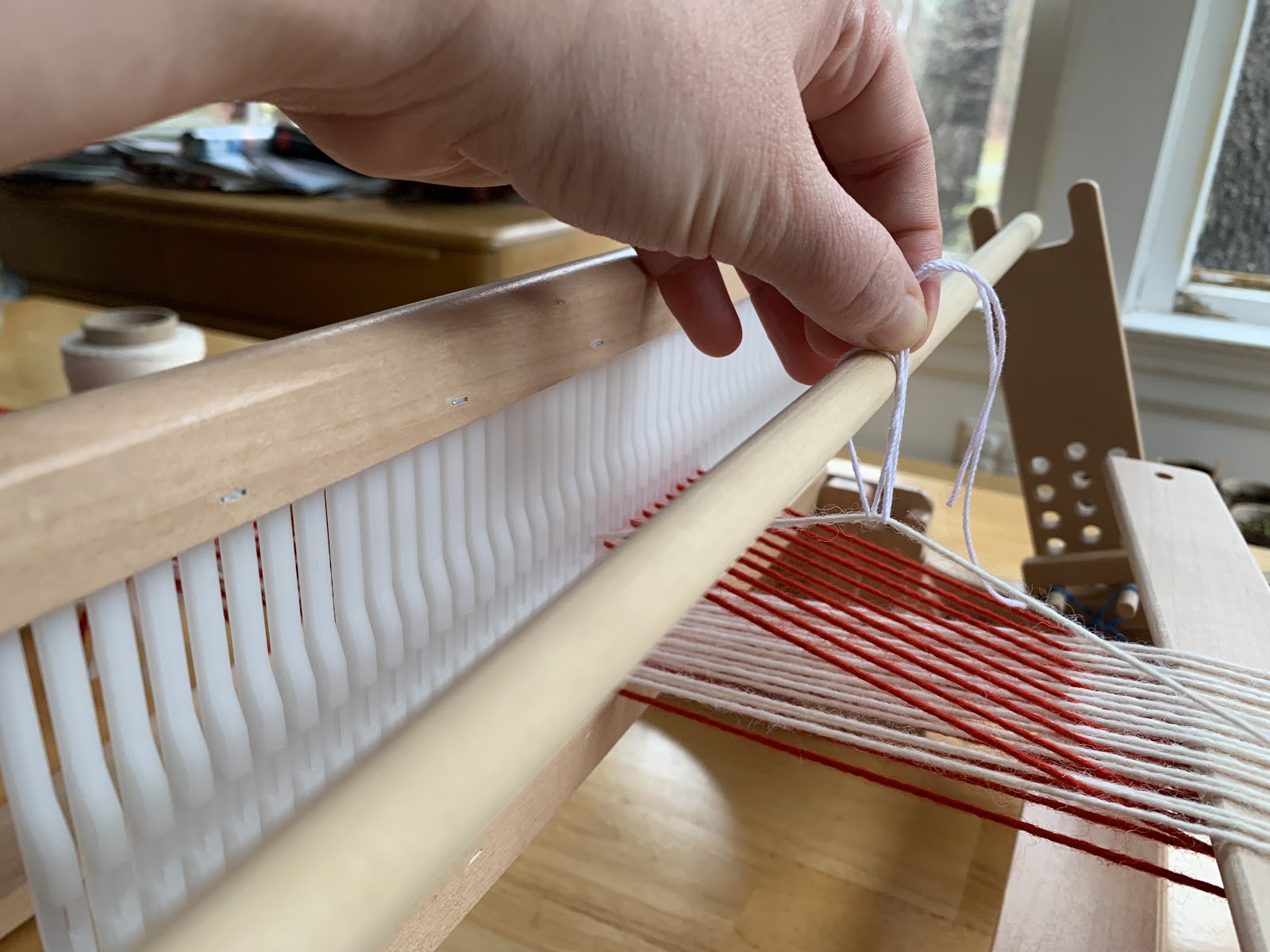 Now cut the thread where it meets the other end (where my fingers are pinching in the picture.)
You should have a string that will act as your guide. 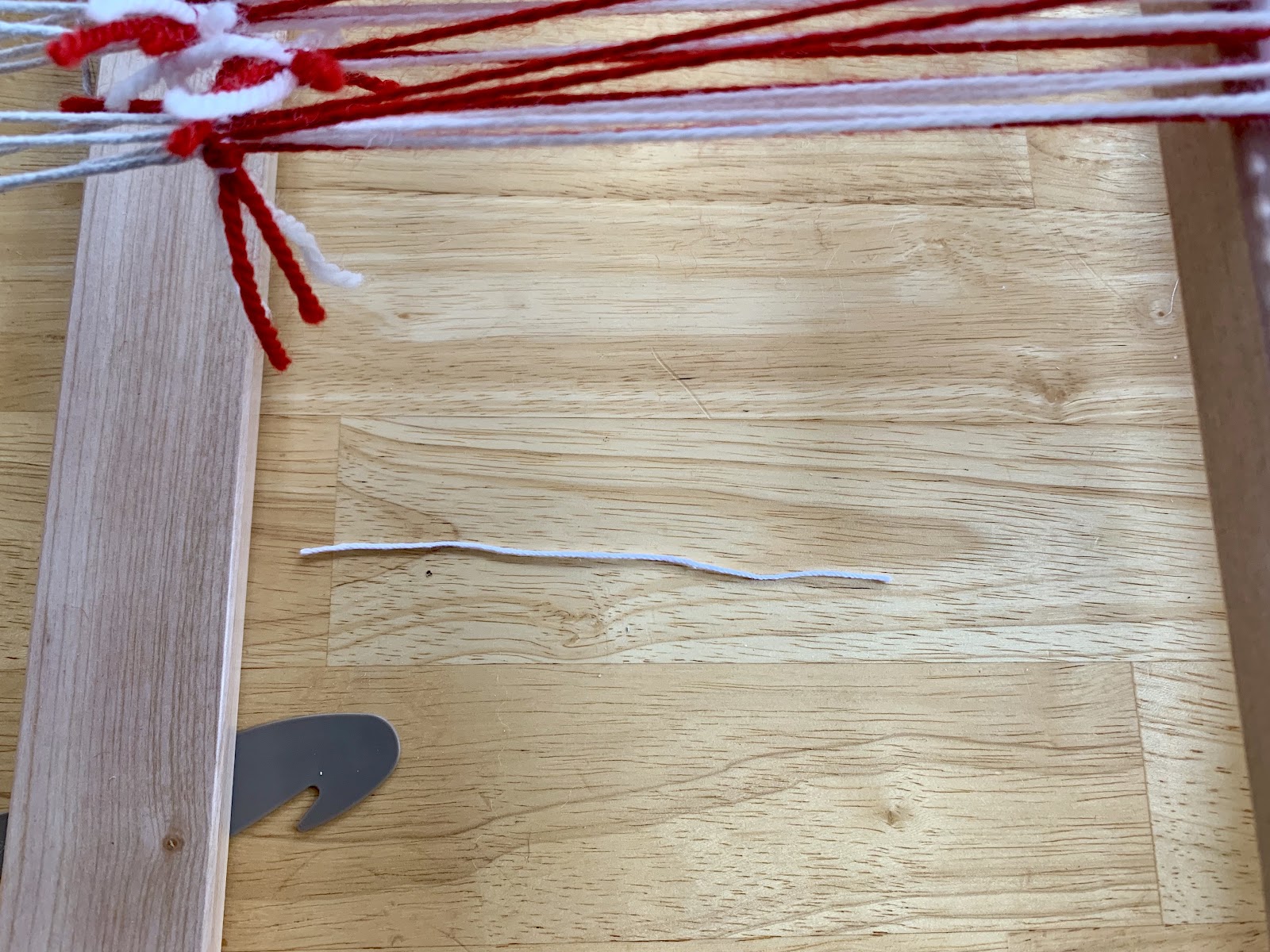 Step Three: Making the string heddles
Take your guide string and wrap it around two pegs on your Tabby Jack. Try to arrange the pegs so that the guide string wraps around both pegs and the ends just meet. Below are two pictures. In the first, the guide thread is a bit long for the peg placement. So in picture two a third peg is used to get a better fit. (You may not be able to get a perfect fit, just get as close as you can.) 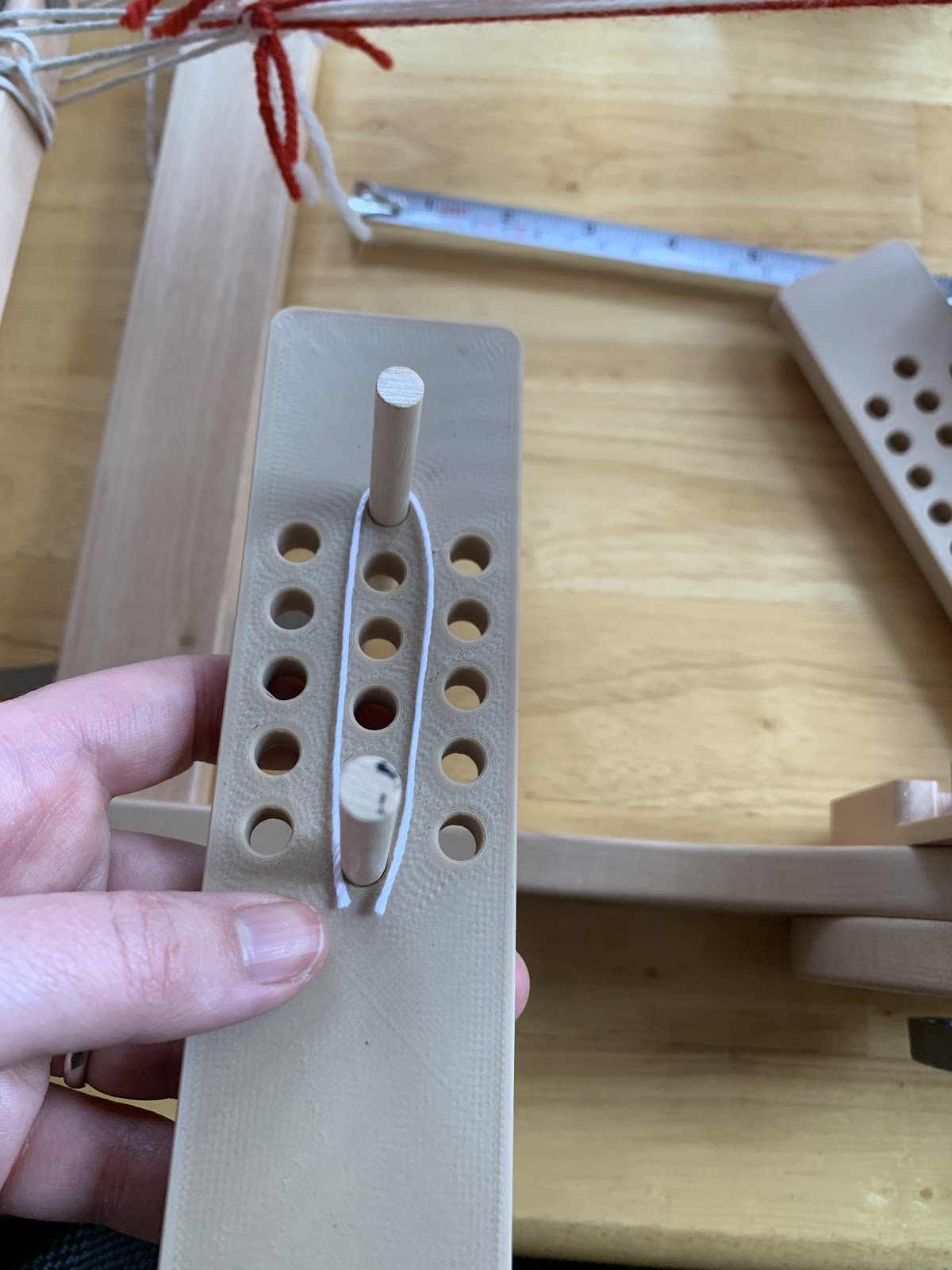 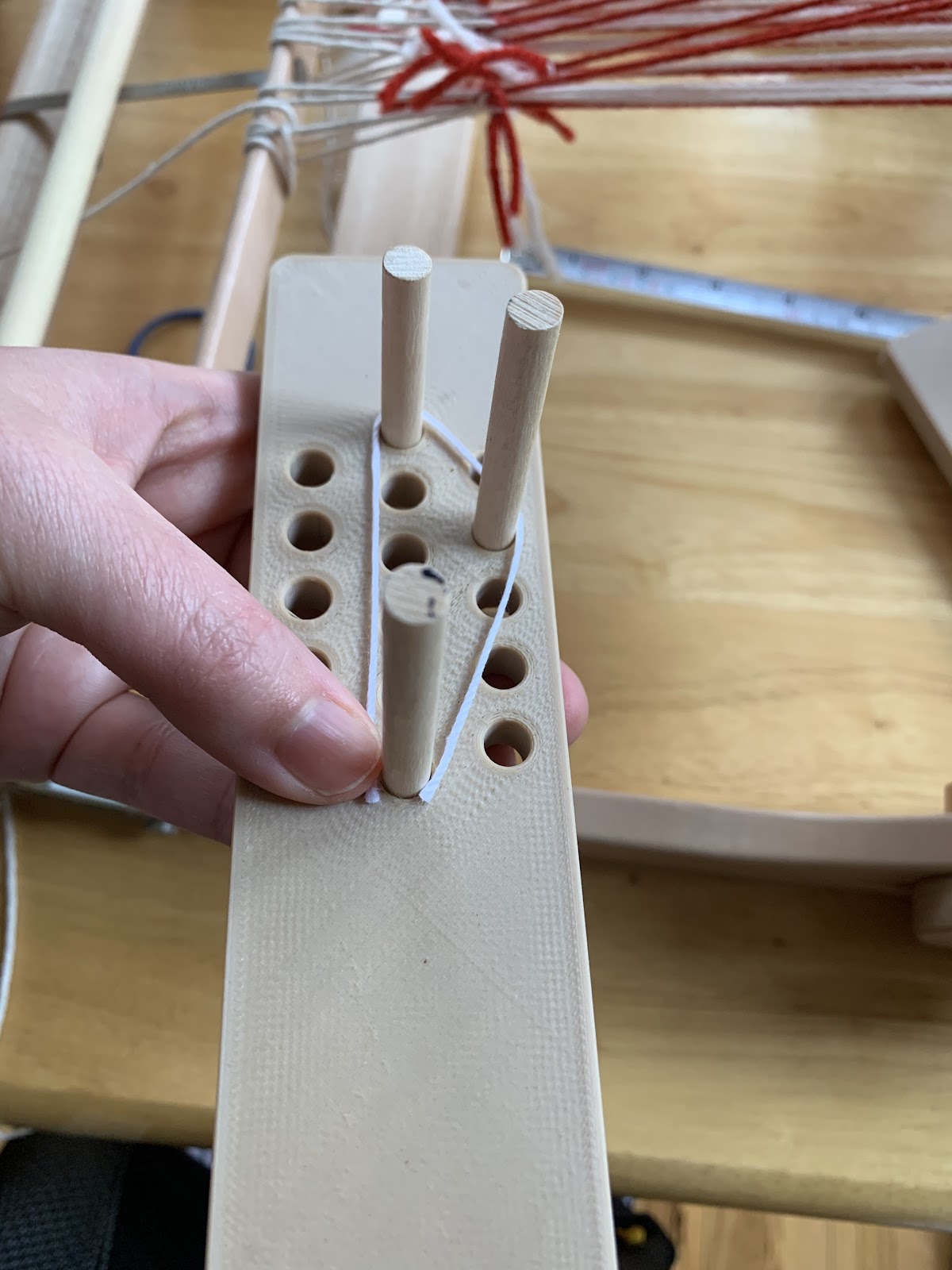 Next, get your thread and tie it around the pegs. Double knot (a square knot is best), trim the ends and slip off the pegs. Repeat until the needed number of string heddles has been made. 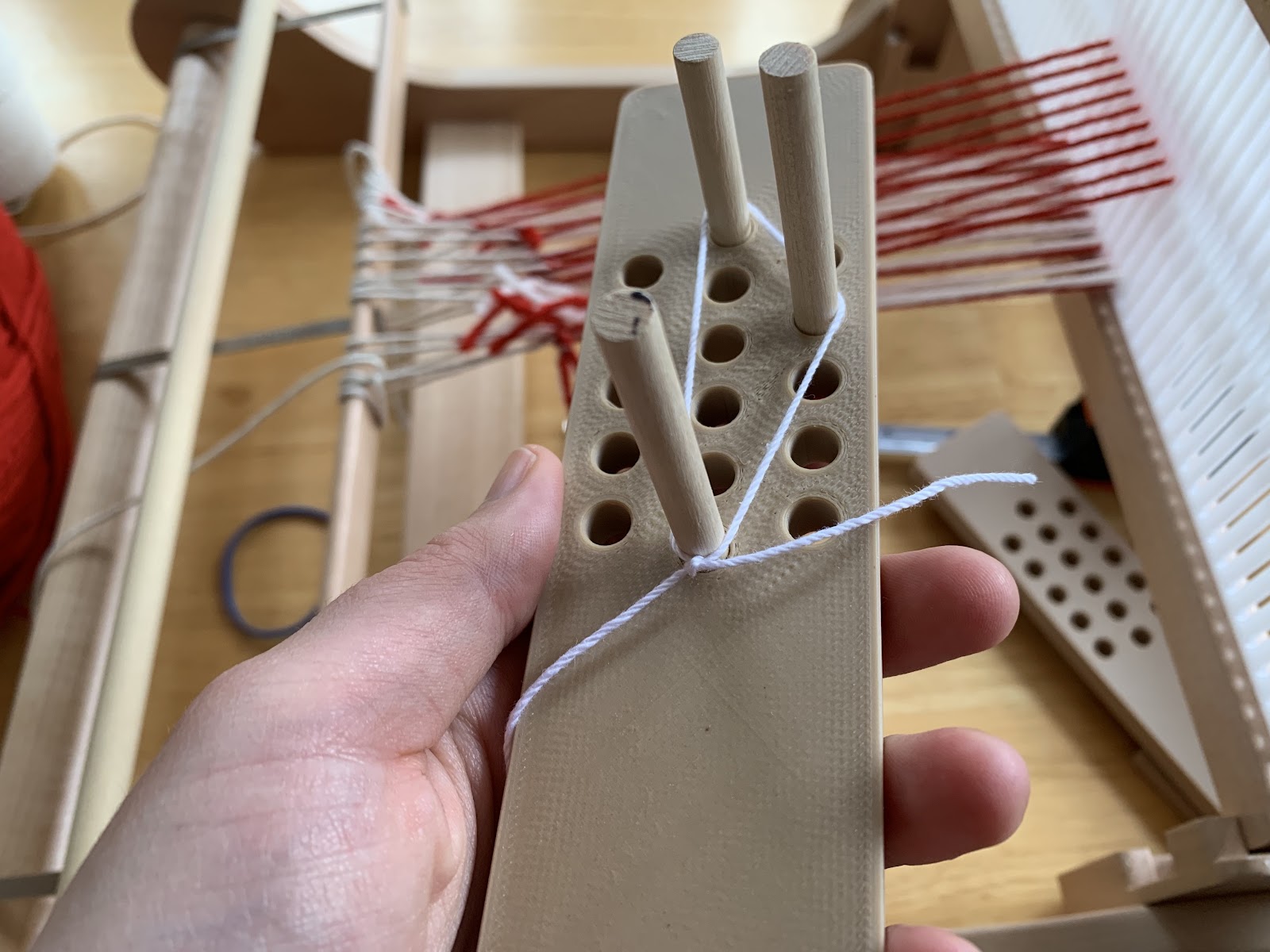 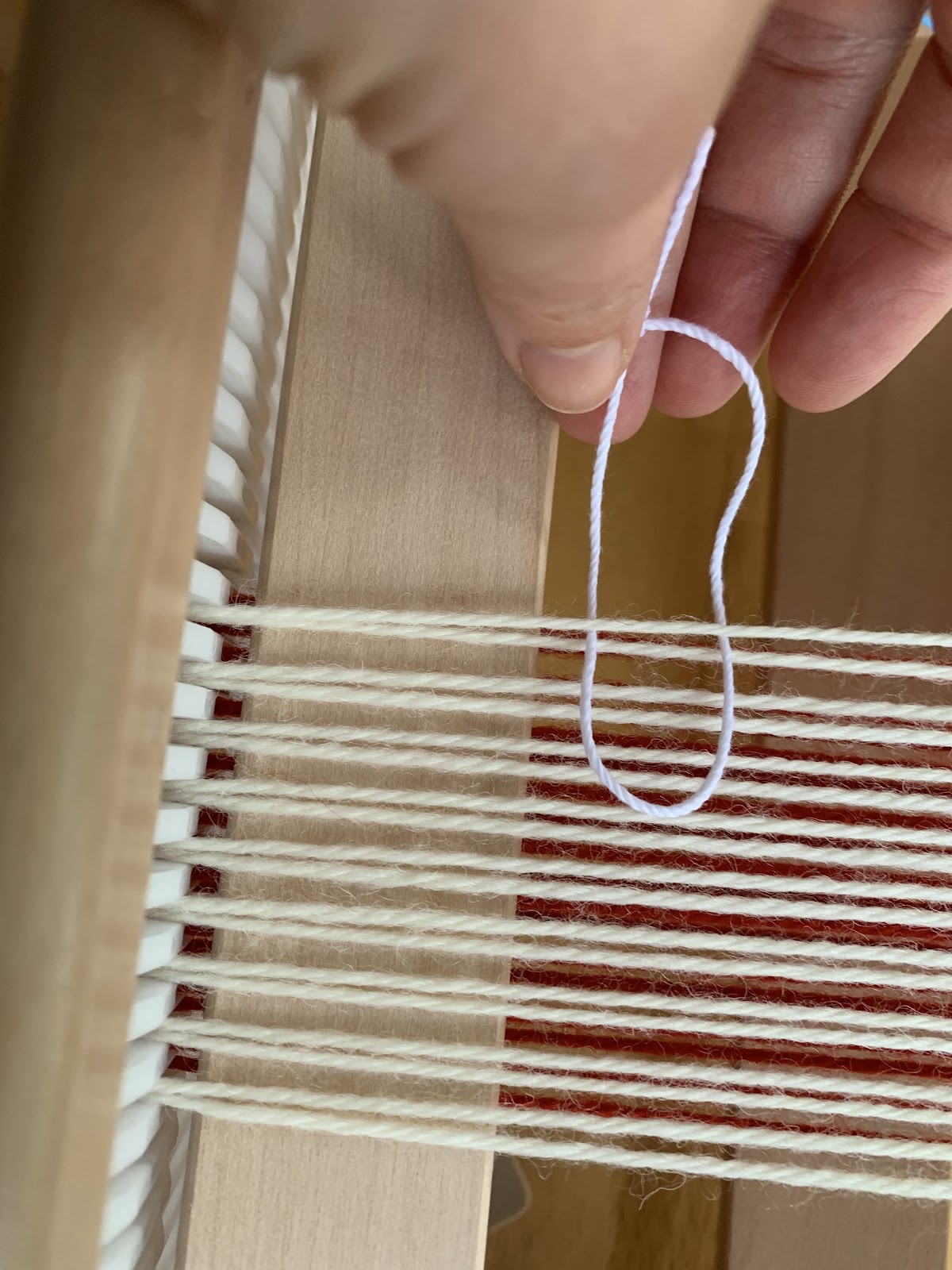 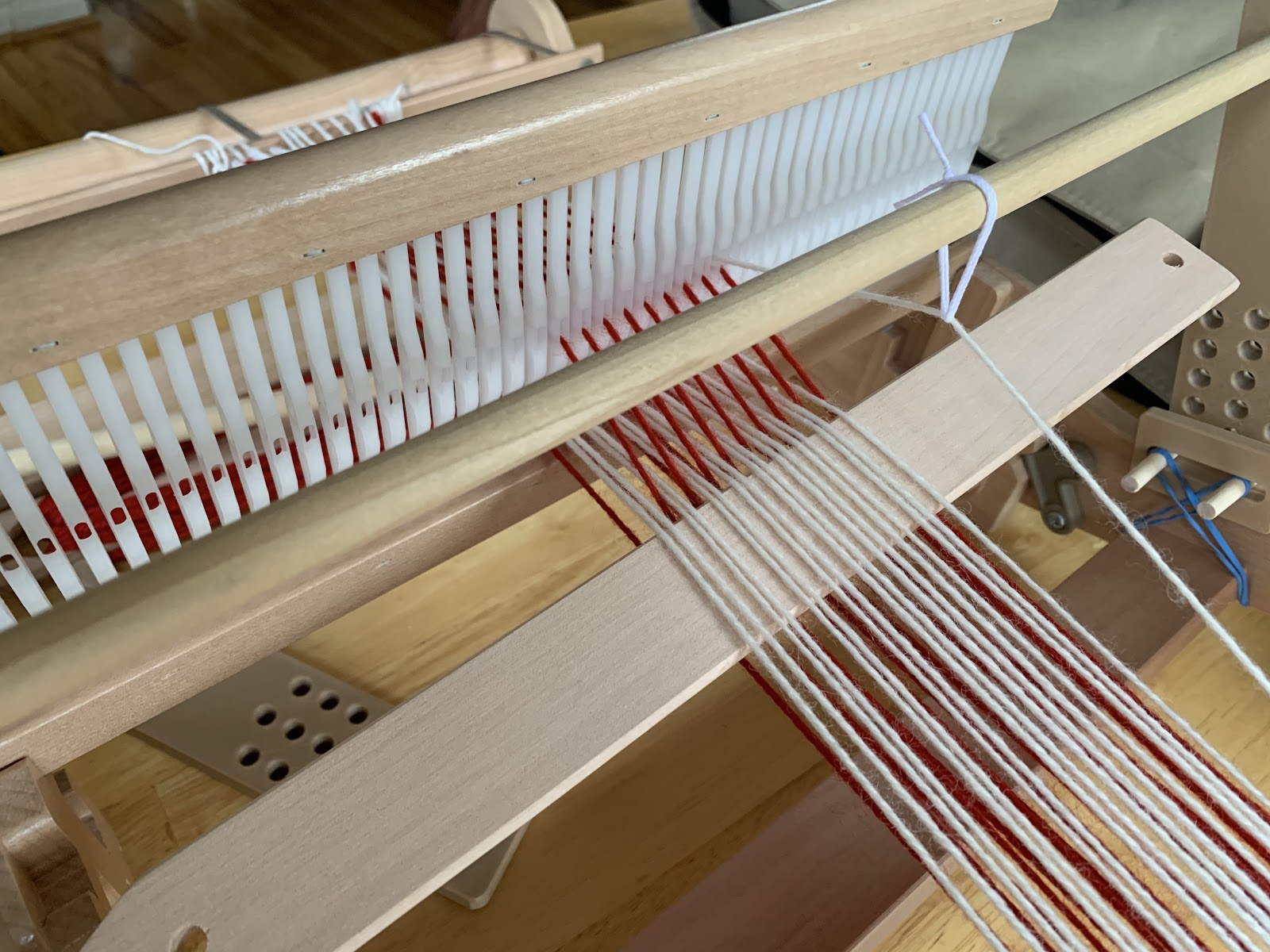 
Just make sure that the string heddles are the right length so that when the rod is placed on the Tabby Jack the warp is lifted high enough to get a clean shed.